A Company is Born

Mr. Daniel Hayes founded Dan Hayes Boiler & Repair Co. in 1918. Mr. Hayes was an amateur boxer who also worked as a boilermaker. As happens to many young men he was forced to choose between becoming a professional boxer or losing the love of his life “Nell”.

So, at 25 years of age he started Dan Hayes Boiler & Repair Co. At first Dan did the estimating and repairs himself, while Nell ran the office, including the bookkeeping and secretarial part of the business.

Dan´s dedication to quality and integrity allowed the business to steadily grow, while Nell soon concentrated on raising their family.

Dan´s support of the boilermakers union helped to foster a better work environment. “Honesty” and “Integrity” were always his watchwords of success. Dan built a solid business in the uptown area of Chicago where Hayes Mechanical still has customers with the 3rd generation of owners.

The Growth of a Family

During the Depression and World Wars, some customers were hard pressed to pay but Dan worked with them, at times even accepting chickens as payment. While Dan´s three daughters all worked in the office during summer breaks through high school and college, they were more inclined to follow in their mother's footsteps.

After World War II Dan´s eldest son-in-law joined the business. John T. Mooney had management experience from his years as a shop superintendent at the Pullman Rail Car Company. In order to give John the experience he needed, Dan insisted that he begin working with the tools repairing boilers.

The ´60s, And a New Generation

Dan Hayes Boiler & Repair Co. further enhanced its reputation as a premier pressure vessel repair company. In 1965, the company began to fabricate boiler stacks, tanks and vessels in its own shop. John T. Mooney continued the tradition of honesty and integrity while buying out his father in law and mentor.

John Mooney expanded the company´s relationships. Among other actions, he helped guide the building of the Boilermakers Local 1 Training Center as well as the international union´s school. Looking into the future, John Mooney began grooming his sons to some day run the business. Current Chairman of the Board, Richard J. Mooney, had worked under his father's tutelage at the family business through high school and college.

With the growing popularity of central air-conditioning in offices and homes, the company added air conditioning service. This helped the company form new alliances with the Pipe Fitters Unions, which in turn lead to the company providing pipefitting and welding expertise to both Commercial and Industrial client lists. In 1968, Richard Mooney moved rapidly into the management team.

In 1970 the company added rental boilers to the company's portfolio of business. Piping fabrication soon followed. Temperature control installation and maintenance was added, as well as fluid engineering services in the early 70´s. The company steadily grew, while maintaining that honesty and integrity were foremost. In 1979 Dan Hayes Boiler & Repair Co., changed its name to Hayes Boiler & Mechanical Inc. This change reflected the expansion of the core business of the company.

The company continued to expand from its humble storefront to a warehouse/office building at the corner of Clark and Leland. The company then acquired adjacent buildings to satisfy its ever-expanding needs.

The ´80s, Continuing a Legacy

1980 saw the addition of John and Lavonne (Hayes) Mooney´s youngest son to the management team. John (J.D.) Mooney had worked in the business through school.

Richard had already begun to take the majority of the day-to-day management of Hayes Boiler & Mechanical Inc over from his father. The company continued to expand under the team of Richard and J.D. who then began buying the business from their father and mentor.

The ´90s, Building for the Future

By the 90´s Hayes Boiler & Mechanical Inc. had outgrown its Clark street facility. In order to continue to expand its core business and cover an ever-expanding geographical area, the company moved to its present location at 2160 N. Ashland Avenue in 1993. This new central location allows the company to efficiently service its loop and north shore customers. The immediate access to Interstate 90/94 allows technicians to avoid long waits when accessing the company´s shop.

This division custom designs, engineers, fabricates and installs pressure vessels of every imaginative size, shape and use. Additional alliances have expanded the company presence in the power boiler industry as well as the power generation industry.

In 1997, the Hayes Boiler & Mechanical Inc. name was shortened to Hayes Mechanical Inc. Sheet metal, which had always been subcontracted, was brought “in-house” in 1997. It has been steadily expanding ever since and now includes a sheet metal fabrication facility. 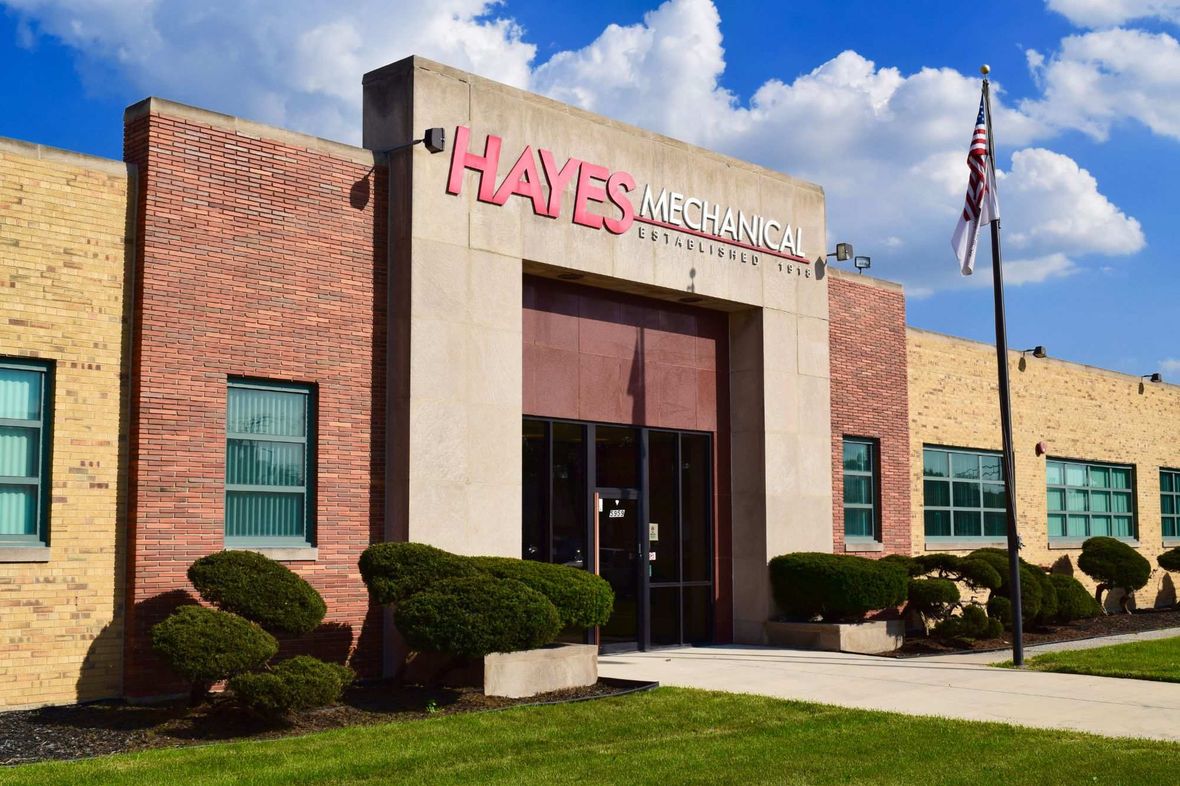 The first decade of the new millennium was a very busy one for Hayes Mechanical. In 2000 Hayes Mechanical was sold to Consolidated Engineering, a division of Charles Smith Properties. A few years later Consolidated Engineering was sold to the EMCOR Group, which included Hayes Mechanical. Then in 2005, the Mooney/Hayes Family along with the executive management team purchased Hayes Mechanical back and re-launched themselves. Hayes recommitted themselves to customer satisfaction. The motto “we don't necessarily want to be the biggest but we do want to be the best.” Due to strong commitments to safety, quality, and efficiency; business growth naturally followed.

In 2008 Hayes Mechanical moved its operation to 5959 S. Harlem Ave. Chicago, IL. The 138,000 sq. feet allowed for proper storage of equipment and tools as well as additional office space for a growing team. In 2009 Hayes Mechanical opened its first satellite office in Omaha, Nebraska followed by offices in Arizona, Michigan, and Pennsylvania. In 2012 Hayes bought out its partner in PMC and now operates under their new name Hayes Mechanical. 2015 Hayes Mechanical entered the Twin Cities market opening an office in Plymouth, MN. Hayes Mechanical prides itself in being a union contractor which employs trained and qualified Boilermakers, Pipefitters, HVAC Service Technicians, Millwrights, Plumbers, Electricians, Iron Workers, and Laborers across 10 states.